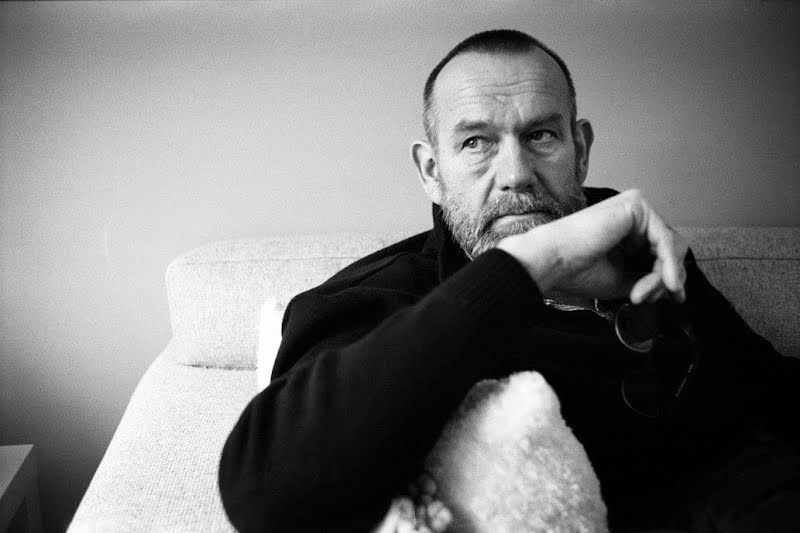 Lou Berghmans is one of those DOP / cameramen who has shot a huge number of important TV series in recent years, but has also left a firm mark on Flemish film with Willem Wallyn, Nic Balthazar, Stijn Coninx and especially Frank Van Mechelen. What and how exactly, you should read that on his resume, which can be found on his site.

You will immediately notice that 2017 has been a calm year for Lou. The result of an operation and a long rehabilitation, after he tore a tendon in his shoulder with 5 cm on the last shooting day of "Salamander 2" in Johannesburg, South-African. But now, as he says, he is "back in business and the hard disks are fresh again". Ideal to answer our New Year's questions.

1. What do you hope to be doing in film in 2018?   Start with an answer that I ended up in my list last year. Will it ever succeed 18 years after the release of "Film 1" together with Willem Wallyn, to get a "Film 2" in the hall? There is a punishment scenario ready, the cast is even better, now ... the money!

Answer: the persistent always wins, and you can put them back to me in 2019 if necessary :-).

2. What are the Belgian films you are looking forward to?

Not only professionally but also as a "fan of" I am a glutton of Belgian films and TV series. I emphasize, Belgian films, since beautiful prints are also produced across the language border. So I try to take as much as possible with me and, unfortunately, I have to determine too much

a. see too few people around me in the halls

b. I usually find these films and series much better that most among our "film and TV reviewers" ... I sometimes wonder if I have seen anything else? I comfort myself with the thoughts that I have to live with the fact that my intellect does not reach the level to follow the author of the review.

When I heard that Nicolas, together with director Koen Mortier, was looking for crowdfunding to film a 35 mm film in Senegal, based on the last days of cycling idol Frank Vandenbroucke, I was immediately prepared to make a "modest" deposit to see what Nicolas would achieve with our old lady,  called "35mm". Yes, I am a fan of the man's "opinionated" photography & camera work.

2018 may also be the year that DOP Robrecht Heyvaert sees international opportunities popping up. The trailer of "Patser" looks at least very strong.

I do not know Pierre personally, but in all those years of his policy within the VAF, we have only seen our sector improve. As stated in the answers to this question, Pierre is his greatest asset in the professionalization of our film sector and he also has an important share in the international promotion of our cinema. It is not without reason that many of our filmmakers, actors / actresses and film technicians appear on the stages of major international festivals. It was also known that he was a strong point of contact with young filmmakers and that he always had a listening ear and that he shared his know-how of the film medium with passion. By the way, I hope that Pierre does not take his experience into retirement, but that he can in some way further serve these young filmmakers.

I also participated as an trainee -ass.camera on the first short film by Dominique Deruddere ("Killing Joke") when Erwin also took his first steps there as a producer. I have no doubt that Erwin is the ideal person to take on the new challenges of the VAF. Given his past, Erwin has a wealth of experience and fieldwork to offer, is someone with a vision and at the same time a team player. Features that will be needed because the challenges will be great. The financial means are increasingly moaning under the savings and it will be a search for a perfect balance / mix between further support of the "fragile, non-commercial" film and the better public film. I also hope that more attention and support goes to screenwriters and / or writing strong stories. After all, I am convinced that all, but also all success to succeed, in our sector has to do with one factor, namely: a "good story"! The waning rise of the cinema goer is an issue that deserves a quick approach. I have already read several proposals here, including and why not, supporting "arthouse movie theaters" ... It only confirms my fear that the old "cinema" culture and its entourage, meanwhile, have undergone major changes / evolutions both artistically and commercially. It is not without reason that the Netflixes, the Amazon's and others, are making our "image" landscape dignified and rewriting our "cinema". The question is not how we are going to stop this, but how we will continue to deal with this and find an appropriate answer so that our sector also derives its benefits from this.

7. Who can become the new master of yours at the Film Festival in Ostend?

High time to choose a lady. Wasn't the big Ensor winner last year a madam either? I argue for girl power @ FFO18